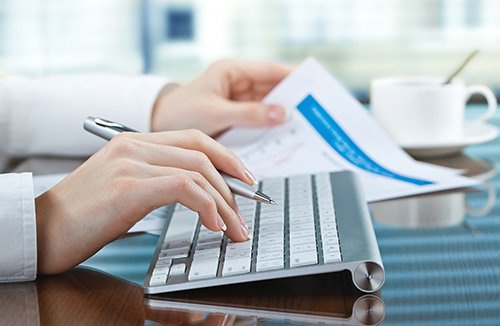 One of the major benefits to having a loan-out corporation is the ability to manage tax payments and cash flow. Many entertainment professionals work on numerous projects every year which means they are on a number of different payrolls. Generally, professionals without a loan-out corporation are paid W-2 wages. The problem with this is that since the professional is on numerous payrolls with irregular pay periods, the tax withholdings could be more than necessary.

For example, we once had a client that did not have a loan-out corporation who had signed a deal for a one-time payment of $55,000. Unfortunately, the production company would not pay him as an independent contractor and they would also not allow him to claim more than one exemption on his W-4. The result? After tax withholdings and agent commissions, the client’s gross payment of $55,000 came through as a measly net of about $15,000. He had plans to live off that money for a period of time but without a loan-out corporation his hands were tied.

By receiving compensation through a loan-out corporation, shareholders are able to defer income by adopting a fiscal year. Some corporations are eligible to select a fiscal year end meaning that the corporation’s taxable year does not line up with the calendar year. For instance, a corporation electing a fiscal year end of 1/31 would collect income and record expenses between 2/1 of the previous year through 1/31 of the current year. Assuming that the service provider’s salary for the year would be paid after 12/31 and before 1/31, he would not be taxed personally on that income until the current year even though the income was predominantly earned in the previous year.

Another tax planning benefit of utilizing a loan-out corporation is the ability to take advantage of Qualified Pension and Benefit Plans. In the case of an S-Corporation, certain shareholders are able to deduct health insurance premiums. In addition, pension contribution limits can be more than double that of a standard 401(k) plan when administered properly.

Perhaps one of the biggest benefits of using a loan-out corporation is the potential to save on taxes. The S-Corporation election is one of the ways to reap immediate benefit. Service providers can save money on FICA taxes by receiving a “reasonable salary” from the corporation and allowing the remaining profit to pass-through to their tax return as ordinary income taxed only at their ordinary, marginal tax rate. Taxpayers should consult a tax professional before making a determination regarding what constitutes a “reasonable salary.”

While there are a number of benefits to opening a loan-out corporation, there are a few factors that should be considered before pulling the proverbial trigger. Bottom line: a corporation is expensive and time consuming to manage. For starters, in California, corporations are subject to a Minimum Franchise Tax of $800. In addition, corporations require meticulous recordkeeping and reporting including: accounting, payroll, tax filings, information filings, corporate minutes, and more.