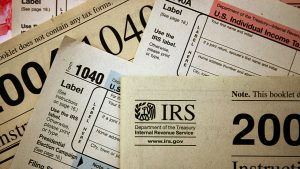 On Friday, December 22, 2017, President Donald Trump signed into law what is commonly referred to as the Tax Cuts and Jobs Act of 2017. This historic piece of legislation is the largest overhaul of the Internal Revenue Code since the Tax Reform Act of 1986 signed by then President Ronald Reagan. Most of the new tax provisions become effective January 1, 2018 so most taxpayers are anxious to learn how they will be affected. Although many of the new provisions are set to lapse in 2025, the following are a few of the most notable changes coming to the Tax Code in the New Year:

Although the President and many Republican members of Congress promised a “simpler” Tax Code, the final bill is anything but that. For starters, despite the push for fewer tax brackets, the final bill includes seven final tax brackets, which is the same number of brackets under the previous law. The new law outlines seven tax brackets: 10%, 12%, 22%, 24%, 32%, 35%, and 37%. To find out which bracket you are in you can read the bill here.

Under the [now] old Tax Code, taxpayers were allowed an exemption of $4,050 for themselves, their spouse (if filing MFJ), and for each qualifying child. Under the Tax Cuts and Jobs Act personal exemptions are completely repealed. The repeal of the personal exemption is nearly offset by the expansion of the standard deduction (see above) and larger Child Tax Credit (see below).

Another itemized deduction change is the new provision regarding SALT deductions. Under the new law, state income tax and property tax deductions are capped at $10,000 per year. This largely affects residents of California and New York where there is typically higher income, a significant state income tax, and higher property taxes compared to other states. This provision – along with the expanded standard deduction – will significantly decrease the number of taxpayers that itemize their deductions.

The mortgage interest deduction is now limited to $750,000 in acquisition indebtedness (previously $1,000,000). In addition, the deduction for home equity debt (including the HELOC) is repealed.

Beginning in 2019, there will be no tax penalty for failing to obtain qualified health insurance.

For divorce agreements entered into beginning January 1, 2019, alimony payments will no longer be tax deductible by the payer and alimony payments received will no longer be taxed to the payee. Under current law, the payer is entitled to a deduction and the payee must report the alimony as income. Provisions for child support are unaffected; payments are not deductible by payer and not included in income by the payee.

Previously, corporations have been permitted by law to “carryback” their net operating losses (NOL’s) to the previous two taxable years and/or “carryforward” their losses to the following twenty years. Traditionally, NOL’s could offset taxable income completely. Under the new provision, carrybacks are generally disallowed and the carryforward period becomes indefinite. Additionally, NOL’s can now only offset 80% of taxable income.

The new tax law limits active flow-through business losses to $250,000 ($500,000 for MFJ). Any excess losses are carried forward as NOL’s. Under the previous tax law, there were no deduction limits for active losses.

Under the new tax law, like-kind exchanges apply only to real property. Previously, §1031 exchange rules applied to almost any kind of like-kind property. Many speculate that this change is correlated to the recent surge in popularity of the buying, selling, and trading of Cryptocurrency. Section 1031 exchanges allow taxpayers to defer gains and/or losses on the property(s) disposed of.

The provisions outlined in this article are only a few of the many changes made to the Tax Code under the Tax Cuts and Jobs Act of 2017. A few other changes not mentioned in this article include categories such as: personal AMT expansion, medical expenses, capital expensing (bonus depreciation), R&D expenses, international tax provisions, and more. This article is intended to be informative in nature and is in no way to be treated as tax advice applicable to your specific tax situation. We recommend that you consult your tax professional to learn how these changes could effect your specific tax situation.

Are you looking for a trusted professional to prepare your taxes this year? We, at AllyPoint Financial™, would be honored to partner with you. As an added bonus, all of our tax clients for the 2018 tax season (2017 tax year) will be receiving a complimentary 2018 tax analysis. This free resource will help our clients understand how the new tax law will impact their specific tax situation. Contact us today to get started with your business and individual tax preparation!

Page load link
This website uses cookies and third party services. By clicking OK you agree to our use of cookies. Be advised, we never collect information from you for the purpose of selling to any third party or marketing company. Our use of cookies is for your website experience on our website only! Okay
Go to Top